I read that this year more people are trying out veganuary than any year before which made my vegan heart very happy to hear. Every year people try eating vegan, vegetarian or plant based in January and a lot of people choose to continue to eat that way for the rest of the year or at least attempt to decrease their meat and dairy intake.

People do veganuary for different reasons each year. A number of people do it for ethical reasons as they believe the killing of animals for food is unnecessary. Others do it for health reasons as they believed eating a plant based diet is healthier. Some people try out veganuary in an attempt to lose weight. A lot of people these days are trying to eat plant based as it is better for the environment. Most people in my opinion do it for a bit of all the reasons which I think is really great.

I have been eating plant based for a few years now and I thought this year I would share some tips and tricks with you guys in case anyone is trying out veganuary or just thinking about reducing their meat and dairy intake in general. Here are some tips to help you with veganuary this year:

Just like with anything new you try it is very important to do your research and find out exactly what you are getting into. I would highly recommend checking out some vegan bloggers, YouTubers, Instagrammers and more to see what the vegan lifestyle is like and to get ideas on what kinds of foods you can eat. I would also recommend doing your research because if you have not been vegan your whole life your body may need a certain amount of certain things and that way you can add vegan/plant based alternatives to your diet accordingly. I personally tend to get low on iron easily- it runs in my family- and that’s why I try to eat more iron rich foods daily to make sure I am getting enough iron.

Another reason I would recommend doing your research is because a lot of very popular vegans that you will find online will talk about products that they are probably sponsored by that are insanely expensive and totally unnecessary. Instead do your research and figure out what you REALLY need not the stuff being advertised by influencers. Not saying all of it is useless of course- some of it may be super helpful but you just have to be very careful.

Think about veganuary as an adventure and instead of sticking to the same meals you generally eat but with vegan alternatives try branching out and making new recipes you have not tried before. There are so many amazing vegan recipes out there (I know because my mum send me a bunch of them every day 😂) and a lot of them are super easy to make.

I know that I personally had really not eaten a lot of dishes before I went vegan. I usually stuck with the same things I would normally eat. However, after going vegan I have tried so many new things and I even tried a lot of international foods which was so fun. It was the first time I made Korean, Vietnamese, Thai, Japanese, Ethiopian and so many other types of foods from all over the world. I’ve talked to a lot of vegans who say the same thing too- that they ended up trying a lot of new things after going vegan.

You can have a lot of fun with a vegan diet if you try and making or eating new foods will help you get used to eating vegan much faster than if you stick with the same foods you generally eat. 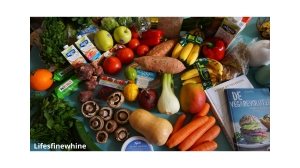 I know that a lot of these alternatives also talk about how healthy they are but truth be told they probably are not as good for you as they say. In general, eating something you have made yourself from scratch is always the best option whether you are vegan or not.

Meal prepping is a total game changer not just for people looking to try out the vegan diet but for people in general. It saves a lot of time, allows you to stick to your budget and you get to eat things you love on a regular basis since you will be making them in bulk.

If you are not used to making vegan foods on a regular basis I would definitely recommend meal prepping because it takes a while to make something new and perfect the flavours and things. It’s particularly difficult if it’s something very different from what you are normally used to eating. Therefore, it may not be possible for you to cook something new for every meal as you may be busy with other things like work, school etc. It’s just easier if you have something that is ready to eat that you just have to heat up. Even if you don’t want to fully cook it try keeping the ingredients ready like for example you could chop the vegetables in advance. 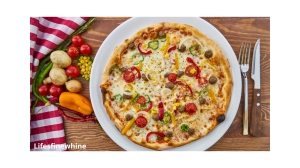 My last tip is this- treat yourself. Don’t forget to enjoy veganuary because there are so many fun vegan things out there that you can try and enjoy. Remember not to just survive on salad- unless you like salad- and try eating something like pizza or fries once in a while. Obviously, do not just eat junk food all month but it’s okay to eat stuff that is not super healthy every once in a while because life is all about those small pleasures.

In my History of Food course I learnt that food is about so much more than just eating. It is about who you are, who you want to become and most importantly it’s about the emotions and memories that are attached to the foods we eat. Make sure to make some good memories this veganuary.

I think it is a really great idea to try new things because that’s the best way to grow as a person and veganism has helped me a lot with both my physical and mental health so I would definitely recommend trying to eat vegan for a month or even a few days.

I hope you found these tips helpful if you are trying out veganuary or even if you are just trying to decrease meat and dairy in your diet.

Are you currently vegan or thinking about going vegan? Are you going to try veganuary this month? Have you tried vegan foods and if so what is something you enjoyed? Let me know in the comments below or simply stop by and say hi!

104 thoughts on “Tips For Veganuary”