“A big part of the job is looking for the worst in people. Turns out I excel at that.”

I started watching Jessica Jones last Friday and have been absolutely obsessed with it ever since. I have literally told everyone I know to watch it because it is the most amazing show I’ve ever seen. Marvel never seems to disappoint and Jessica Jones is evidence of that.

Jessica Jones is a Netflix original series that revolves around the life of Jessica Jones a sort of anti-hero. She is extremely introverted and has barely any friends at the beginning. We also see that she has superhuman strength and later in the show we realize she has been experimented on which is why she has this super power. In the start we see her throwing a man out of her door after she tells him his wife is cheating on him- she’s a private detective. However the plot gets even better when we see her following around a random man we later realize is Luke- a man she has a lot of history with.

Jessica, from the minute the show starts till the end, is the brooding, introverted, badass, brunette I wanted to model my life after. She doesn’t care what people have to say, she doesn’t even try to please anyone and she pretty much lives her own life. Of course she is kind of an alcoholic who binge drinks but then again who isn’t!

Unfortunately, her usual habitual life is interrupted by the return of her sadistic and sociopathic ex- Kilgrave. Her past finally begins to unravel when two parents whose daughter goes missing arrive at her doorstep for help. She soon starts to realize that their daughter has fallen prey to none other than Kilgrave who she assumed (hoped) was dead. She is forced to remember her past and finally face Kilgrave. He too has a form of superpowers except he uses them for pure evil and often to stalk Jessica. 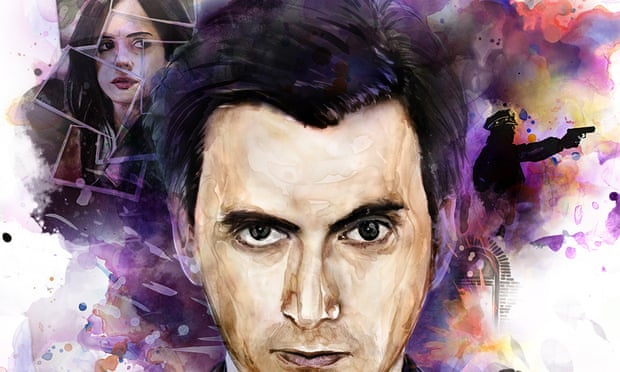 Not only does Jessica Jones now need to protect herself and those around her, she is also forced to protect others too from the wrath of Kilgrave. This season tells us a lot about her past and how she became who she is. It also tells us that she was always sort of a hero- trying to help out others like her step sister/bestie who was a victim of her abusive mother.

The side characters on this show like Trish (her sister/bestie), Simpson, Kilgrave’s parents, Malcolm, Jeri and more make the show even more interesting and show a different side of the otherwise lonely and distant Jessica- like the way she saves Malcolm who will always be grateful to her or the always a little evil Jeri Hogarth.

I cannot wait for season two to come out because I’m hoping it will explain to us how Jessica got her powers, what happened to Simpson and more! That’s also another reason to start watching Jessica Jones­– there’s only one season out and you can easily binge watch and finish it and catch up with the show. The best part of this show is that even though the episodes can be similar sometimes they never get boring- the end of each episode always leaves you wanting more.